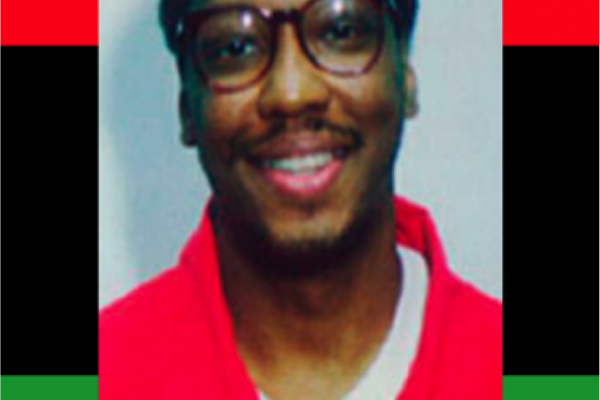 “We must he aware, vocal, and involved in how the law is enforced in Our communities, wherever We live.”—Earl G. Graves Sr.

This coming August will mark the 34th year of my incarceration away from home as a physically free man. Since this travail began in 1981, i have been faced with brutal challenges and decisions, which included new, albeit most of it was unwanted experiences—sights, sounds, smells, touch, tastes; people, architecture; landscape, environment, climate; customs, political views, and different kinds of art. In retrospect, i have found concrete meaning in my depth of personal suffering and height of dignity and knowledge.

On June 23r 2015, the U.S. Court of Appeals for the 7th Circuit denied my notice of appeal, certificate of appealability, and motion to proceed in forma pauperis. What i gathered from the federal court’s ruling, among other things, is that they are tired of hearing about my case and no longer want to deal with it. They want it to be gone. Actually, they want me to be gone.

The court system is the third branch of political government. After a guilty verdict or judgment is reached in a case, the accused defendant is no longer considered innocent. In fact, the state does not care whether a defendant is actually innocent or not. The U.S. Supreme Court reasoned that after final judgment, presumption of innocence no longer applies. The public needs to be properly advised about the real failure of courts and prisons; they are an extension of the mercantile chattel s1avery system. The ownership of human chattel property was transferred from individual slave traders and plantation owners to the multinational corporate state, and for-profit prisons made lega1 by the 13th Amendment to the U.S. Constitution.

My perspective on life is lucid and balanced. i have the ability and capacity to act and to confidently strive to overcome obstacles and accomplish clear goals. We need to be more diligent and proactive to educate and lift one’s hopes and aspirations, to increase the standard of living and the quality of life of the poor and oppressed for empowering economic success, in harmony with the earth, is the political strategy continuum.

The vigilante murder of Trayvon Martin and the police murder of Michael Brown, and other targets in like predicaments, showed nothing less than a reckless and callous disregard for human life by somebody who was paid with taxpayers’ money and is sworn to serve and protect the whole community. i foretold of those tragic events in my informative and provocative nonfiction book entitled Riptide, Civil Rights March into the White House. The book meets an important public need. i want the public to be ready to receive it before its publishing release date.

It is my uncompromising attitude, however, to never be complacent with any of our past accomplishments. We have a proven track record—protests, rallies, leafleting, art shows, open-mic sessions, court battles, fund raisers, letter writing campaigns, and my release from death row. For i am not taking anything for granted. Few things inspire or motivate people into action like success of victory. Short is the enjoyment of this world. In other words, life is short. There is much more work to do and i have no time to waste! Take good care.