Self-Defense of Black Lives DOES Matter 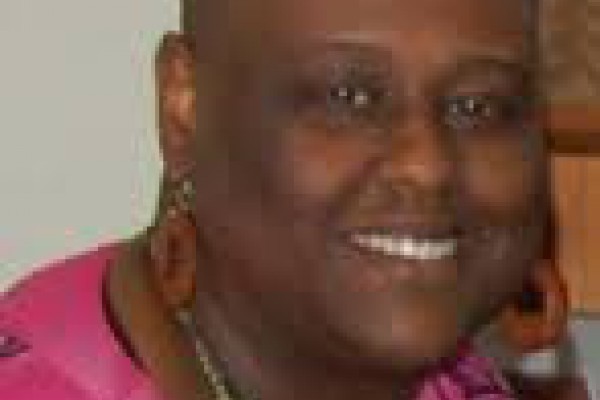 Self-Defense of Black Lives DOES Matter

The horrendous June 17, 2015 attack at Mother Emanuel AME Church in Charleston, South Carolina that left nine people dead shook Black America to its core.  At the same time it also steeled the resolve of activists to continue fighting for an end to state-sanctioned violence in all its forms.  As part of that fight, a movement toditch the Confederate flag – a symbol of recalcitrant white supremacy which the Charleston shooter Dylann Roof proudly embraced – is sweeping across South Carolina and other parts of the Southern United States.

Efforts to do away with the Confederate flag have caused a backlash among supporters who say the flag simply represents “Southern heritage and pride.” Many of these same defenders of the Stars and Bars include white supremacists such as the Ku Klux Klan and others. While a focus on the Confederate flag has been characterized as a distraction and merely a symbolic change, the threat of violence directed towards Blacks and our allies who will continue to protest this symbol – as well as all the other vestiges and appendages of white supremacist state violence – is real and should not be under-estimated by any means.

Columbia (SC) TV station WIS reported on one such incident during a Confederate flag “Take It Down” protest at the state capitol on June 29th.  Video of the incident shows numerous cars with Confederate flags driving by the demonstrators at high rates of speed. 25-year old Nicholas Thompson is then seen exiting his vehicle and walking towards the protestors, pointing his finger. The crowd surrounds him and law enforcement takes him into custody. (Thompson was charged with disorderly conduct and released on bond).

As activists, we not only let our guard down but we betray our responsibility to confront reality when we ridicule Klansmen, Neo-Nazis and racist Skinheads as simply being backward and ignorant bigots.  Theirs is a history of not just making violent pronouncements but acting on them. They are dangerous and we should view and treat them as such … not as benign little flea bites to be brushed off.

“...the majority of deadly attacks on U.S. soil since 9/11 were carried out by right-wing extremists ...”

On November 3, 1979, five members of the Communist Workers Party (CWP) were murdered by members of the Ku Klux Klan and the American Nazi Party at a “Death to the Klan” march in Greensboro, North Carolina.  Video footage of the event shows the Klansmen opening their car trunks, taking out their weapons and firing at anti-Klan demonstrators, some of whom were chased by the gunmen.  Two all white juries found the white supremacists not guilty of the murders, as well as evidence of collusion with some members of the Greensboro Police Department.

“White Americans are a bigger terror threat than Islamic extremists,” according to Russia Today’s (RT) website.  The piece, posted on June 27th, references a recent study published by the Washington, DC-based New America research center that found the majority of deadly attacks on U.S. soil since 9/11 were carried out by right-wing extremists, many of whom harbor views similar to Dylann Roof.  That study claims that 48 people were killed in 19 incidents by non-Muslim extremists, while 26 people were killed in seven incidents by persons who called themselves jihadists.

As of this writing, seven Black churches in the U.S. South have been burned.  The FBI is investigating these incidents as hate-crimes.  In January of this year, a bomb exploded outside of the Colorado Springs (CO) office of the NAACP. The FBI is also investigating this incident, noting the NAACP’s history of being targeted by white racists.

The destruction of Black spaces thru burnings and bombings is nothing new.  Mother Emanuel in Charleston was burnt to the ground in 1822 after one of its founders, Denmark Vesey, was charged as organizing one of the largest slave rebellions in South Carolina history (and possibly the U.S.).  Fearless anti-lynching crusader Ida B. Wells’ newspaper office was destroyed, her business partner run out of town, and her life threatened after she wrote a scathing editorial questioning the “purity and sanctity” of white women who cried rape at the hands of Black men.  Both noted activist Angela Davis and former Secretary of State Condoleeza Rice, natives of Birmingham, AL, recall the city being nicknamed “Bombingham” due to the many Black homes and churches that were dynamited by white supremacists. Even the Montgomery, AL home of a young Dr. Martin Luther King Jr was bombed, destroying the front porch and blowing out several windows. His wife Coretta and their toddler Yolanda, who were in the home at the time, were unharmed.

One of the founding tenets of the Black Power Movement was self-defense; defense of Black bodies from murderous white racists as well as defense of Black spaces. The proverbial straw that broke that camel’s back was the bombing of Birmingham’s 16h Street Baptist Church which killed Cynthia Wesley, Addie Mae Collins, Carole Robertson and Denise McNair as they attended SundaySchool.

The Civil Rights Movement used non-violence as a tactic to show the ugliness of white supremacy to the world.  We no longer need to show how ugly this monster is.  We need to slay it.  The freedom of Black people to meet, plan, strategize and organize in safety – as well as to worship God – is a human right that must be safeguarded.

“... White supremacists do not, under any circumstances whatsoever, have the right to threaten, physically harm or kill us....”

As a recent transplant to Birmingham, AL in the mid 1990s, I attended a counter racist Skinhead/Klan rally at a downtown park.  As we stood and faced our adversaries (as close as we could get, since the Birmingham Police Department provided taxpayer-provided security for them) two of the men that were in my organization were noticeably absent from the protest.  I found out later that one of them had been assigned to “watch over” the protestors with a rifle.  The other man’s assignment was to “watch over” the location where the Klansmen had “secretly” parked their cars.

At least one rally in support of the Confederate flag has been announced by the Ku Klux Klan to take place in South Carolina in the coming weeks. More are undoubtedly planned.  We can also expect more demands – and actions – to confront recalcitrant white supremacy in the Deep South and elsewhere) will also be forthcoming. These anti-racist activists and organizers must be protected.Physically.

The principles of love and forgiveness that have been floating about with abandon in the wake of Charleston should not – can not – override the principle of love of self. Living freely with peace and dignity are our human rights.  The use of assembly and protest to secure those rights are also our human rights.  White supremacists do not, under any circumstances whatsoever, have the right to threaten, physically harm or kill us.  They do not have that right.  Taking our safety and security seriously and not leaving it in the hands of law enforcement ensures that both they and we are crystal clear.  Because Black Lives They Matter Here.

Let’s be about that life.