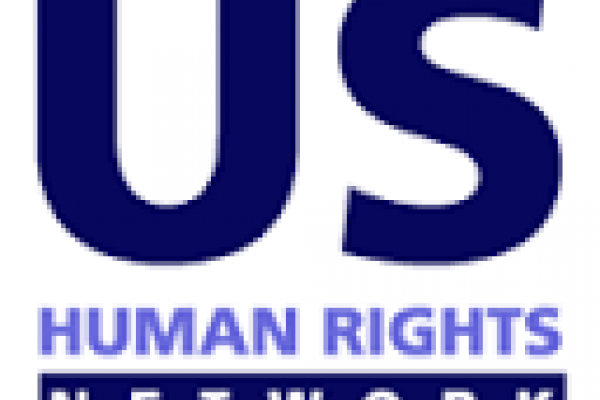 http://goo.gl/7c9U1u
GENEVA (21 July 2015) – The United Nations Special Rapporteur on torture, Juan E. Méndez, and the Chairperson of the Working Group on Arbitrary Detention, Seong-Phil Hong, today called on the United States Government to facilitate their respective requests to carry out an official visit to the country to advance criminal justice reform.
The human rights experts’ call comes after last week’s unprecedented visit by President Obama to El Reno prison in Oklahoma, and his speech on criminal justice reform to the National Association for the Advancement of Colored People, in which he addressed unacceptably high rates of incarceration, the disparate impact of such policy on racial minorities, overcrowding and the extensive use of solitary confinement.
“I look forward to working with the US Department of Justice on the special study commissioned by the President on the need to regulate solitary confinement, which affects 80,000 inmates in the United States, in most cases for periods of months and years,” Mr. Méndez said.
“The practice of prolonged or indefinite solitary confinement inflicts pain and suffering of a psychological nature, which is strictly prohibited by the Convention Against Torture,” he said. “Reform along such lines will have considerable impact not only in the United States but in many countries around the world.”
The UN Working Group on Arbitrary Detention has asked the US Government for an opportunity to visit federal and state institutions where persons are deprived of their liberty.
“A visit to the United States will be an excellent opportunity to discuss with authorities the ‘Basic Principles and Guidelines on the right to anyone deprived of their liberty to bring proceedings before a court’, and to promote its use by the civil society,” Mr. Hong stated.
The expert noted that the Principles and Guidelines, which were recently drafted by the Working Group on Arbitrary Detention, “will help to establish effective mechanisms to ensure judicial oversight over all situations of deprivation of liberty.” The document will be considered by the Human Rights Council in September.
“We hope the President’s recent actions will ensure concrete steps are taken to facilitate these visits to US detention facilities, including private interviews with detainees, take place as soon as possible,” the experts said. “We stand ready to provide any additional expertise to ensure that prison reforms are implemented in accordance with international human rights standards.”
The two UN human rights experts recalled that in March 2015 in Cape Town, South Africa, the review process of the UN Standard Minimum Rules for the Treatment of Prisoners produced a document called the ‘Mandela Rules’* that will strengthen procedural safeguards and improve conditions of detention.
The proposed rules include the prohibition of indefinite or prolonged solitary confinement (determined as any term exceeding 15 days) as well as a ban on isolation, of any duration, for children, pregnant of breast-feeding women and any person with a mental disability.
The Mandela Rules will be considered at the UN General Assembly and are expected to be approved by late 2015.
(*) Check the ‘Mandela Rules’: http://www.unodc.org/documents/commissions/CCPCJ/CCPCJ_Sessions/CCPCJ_24/resolutions/L6_Rev1/ECN152015_L6Rev1_e_V1503585.pdf
Note to Editors: The UN Working Group of Experts on People of African Descent welcomes President Obama’s focus on addressing racial discrimination through criminal justice reform, and will visit the US from 19 to 28 January 2016 to examine in detail the situation of people of African descent.
Mr. Juan E. Méndez (Argentina) was appointed by the UN Human Rights Council as the Special Rapporteur on torture and other cruel, inhuman or degrading treatment or punishment in November 2010. http://www.ohchr.org/EN/Issues/Torture/SRTorture/Pages/SRTortureIndex.aspx
Mr. Seong-Phil Hong (Republic of Korea) is the current Chair-Rapporteur of the Working Group on Arbitrary Detention. The other members are: Mr. José Antonio Guevara (Mexico), Mr. Sètondji Roland Adjovi (Benin), Mr. Mads Andenas (Norway), and Mr. Vladimir Tochilovsky (Ukraine). Learn more, log on to: http://www.ohchr.org/EN/Issues/Detention/Pages/WGADIndex.aspx
The Special Rapporteurs and Working Groups are part of what is known as the Special Procedures of the Human Rights Council. Special Procedures, the largest body of independent experts in the UN Human Rights system, is the general name of the Council’s independent fact-finding and monitoring mechanisms that address either specific country situations or thematic issues in all parts of the world. Special Procedures’ experts work on a voluntary basis; they are not UN staff and do not receive a salary for their work. They are independent from any government or organization and serve in their individual capacity.
UN Human Rights, country page – United States of America: http://www.ohchr.org/EN/Countries/ENACARegion/Pages/USIndex.aspx
Prison Abolition, Prisoner Abuse, Prisoner Resistance