Up Date on Mumia's Health! 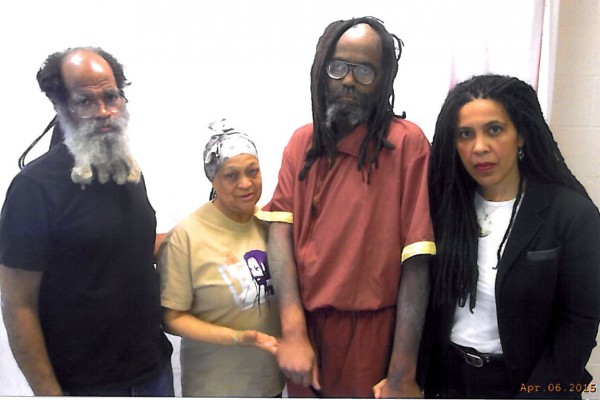 The Campaign To Bring Mumia Home 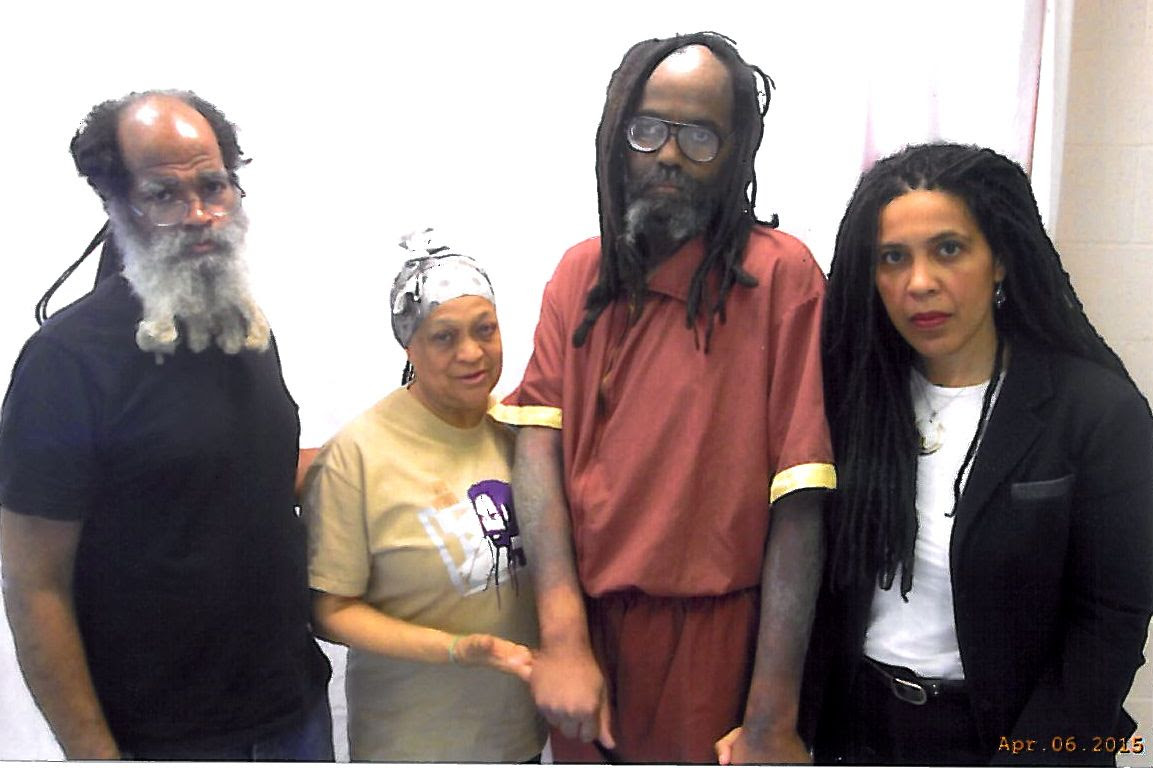 "Mumia was very ill when we saw him last Friday, April 3. For that reason, Pam Africa insisted that we return to SCI Mahanoy today,  Monday, April 6, to check on him.

His blood sugar registered in the mid 200s today and continues to fluctuate, and although Mumia is still very weak, he was better than on Friday. He told us that the doctors gave him a double shot of insulin right before he came out for the visit, likely in an effort to make him appear temporarily more energetic than he is. This concerns us because insulin overdose is a possibility in these instances. Again Mumia has not yet been seen by a diabetes specialist, although the general practitioner told him today that perhaps he needs to see a nutritionist. This is a sign that our muckraking is working, since the news has gotten around that he was given spaghetti for lunch when his blood sugar registered at 336.

However, despite this modest progress Mumia  struggled to get out of his wheelchair so that we could take a photo of him. He remained in the wheelchair for the rest of the visit.
Mumia also told us that his mind is filled with a million things each day, but he only has the mental and physical capacity to focus on just one thought. He said that he has learned that because he has always had a strong constitution, he had failed to appreciate the centrality of life's energy force to living. He also shared something that must have been profoundly humiliating and difficult to come to terms with.

Last Thursday, Mumia tried to go to the bathroom in the infirmary. Because he was so weak, he was not able to sustain himself on his feet. He slid down to the floor and waited there, helplessly and unable to call for assistance, for 45 minutes until he was found by a doctor and another prisoner.

We shared a touching moment with Mumia in an effort to raise his spirits. Two teachers delivered letters to us that their students had written to Mumia. One batch came from a 3rd grade class taught by Ms. Marylin Zuniga in Orange, New Jersey. The other batch was from a group of high school students in the Philadelphia Student Union, which fights for school reform and is led by Mr. Hiram Rivera.

It had been a long time since we had seen Mumia smile. He chuckled as he read excerpts from these touching letters.
We share these photos to give you a sense of the gravity of Mumia's condition. He has lost over 50lbs and his entire body is covered with a hard, leathery layer of jet-black skin, that is bloody, painful and itchy.
We continue to demand that he be allowed to see an independent team of specialists chosen by his family and supporters."
Pam Africa
Johanna Fernandez
Abdul Jon