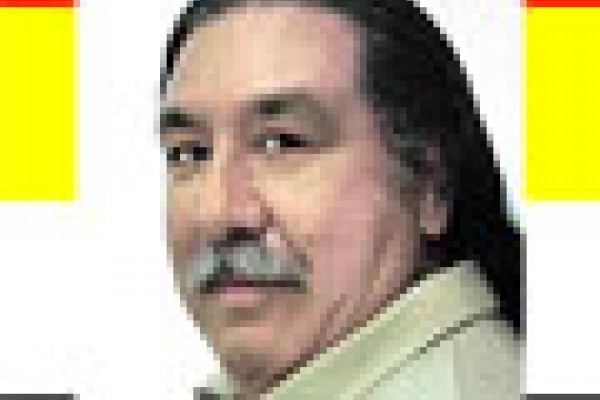 Forty years ago, on June 26, 1975, two agents of the Federal Bureau of Investigation (FBI)—Jack Coler and Ron Williams—entered private property on the Pine Ridge Indian reservation, South Dakota. They drove unmarked vehicles, wore plain clothes, and neglected to identify themselves as law enforcement officers. They allegedly sought to arrest a young Indian man for the theft of a pair of cowboy boots.

Members of the American Indian Movement (AIM) were camping on the property (having been invited there to protect elders from the extreme violence on the reservation at that time).

For unknown reasons, a shoot-out began. A family with small children was trapped in the cross fire. Throughout the ranch, people screamed that they were under attack and many of the men present hurried to return fire. When the skirmish ended, the two FBI agents were dead. A young Native American man, Joe Stuntz, also lay dead, shot through the head by a sniper bullet.

Activist Leonard Peltier was wrongfully convicted in 1977 in connection with the shooting deaths of the FBI’s agents. Imprisoned for nearly 40 years—currently at the federal prison in Coleman, Florida—Peltier has been designated a political prisoner by Amnesty International. Nelson Mandela, Desmond Tutu, 55 Members of Congress and others—including a judge who sat as a member of the court in two of Peltier’s appeals—have all called for his immediate release. Widely recognized for his humanitarian works and a six-time Nobel Prize nominee, Peltier also is an accomplished author and painter.

For two years prior to the shootout, reservation residents were victims of beatings, drive-by shootings, and stabbings carried out by local vigilantes who collaborated with the FBI.  The AIM activists were forced into a defensive posture to protect not only their lives, but the lives of others—elders, women, and children.  Indeed, Mr. Peltier’s co-defendants were acquitted on grounds of self-defense.  Had he been tried with his co-defendants, Peltier also would have been acquitted.

The evidence shows the U.S. government’s intent to achieve Mr. Peltier’s conviction by any means—including falsifying extradition documents and intentionally committing fraud on a Canadian court, as well as coercing witnesses, intentionally using false testimonies, and suppressing evidence of Mr. Peltier’s innocence during his trial.  By the government’s own admission, the critical part of the prosecution’s case against Mr. Peltier was the ballistics testimony which, years after his conviction, was discovered to be false.  Although the courts have acknowledged evidence of government misconduct, Peltier has been denied a new trial.*

The Peltier case has been examined by renowned author Peter Matthiessen (“In the Spirit of Crazy Horse”) and by a documentary film produced and narrated by Robert Redford (“Incident at Oglala”).  The absence of fairness in every stage of Peltier’s case troubles many people around the world and compels foreign governments and international human rights organizations to question Peltier’s continuing imprisonment.

*US Versus Leonard Peltier: Evidence of a Wrongful Conviction.  From the files of the Federal Bureau of Investigation at http://goo.gl/ZbP45h