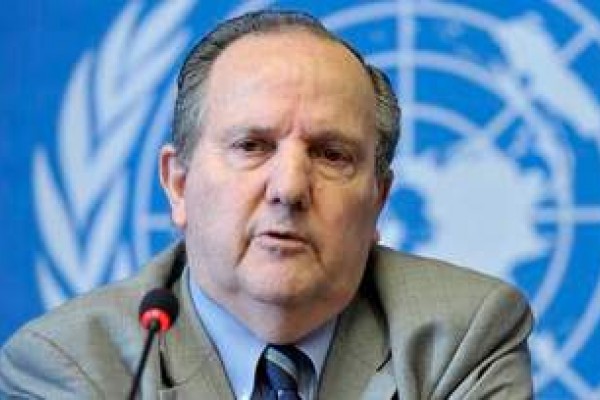 The U.N. torture investigator urged the United States on Tuesday to allow his long-sought visit to all places of detention in the country and to reform the widespread use of prolonged or indefinite solitary confinement affecting tens of thousands.

Any inmates transferred to other detention facilities as part of the planned closure of Guantanamo should be treated in line with international standards, he said.

"My request to visit the United States of America has been pending for five years over the terms of reference in order to obtain access to all places of detention," Mendez told the U.N. Human Rights Council.

President Barack Obama has made criminal justice reform a focus late in his administration and last July became the first sitting president to visit a federal prison. In January he said he would ban solitary confinement for juveniles in federal prisons, citing concerns about harmful psychological effects.

Up to 100,000 people are in solitary confinement in U.S. prisons, including juveniles and people with mental illnesses, Obama said.

"I hope that President Obama's pledge to reform the criminal justice system regarding the practice of prolonged or indefinite solitary confinement is implemented without delay," said Mendez, a former torture victim in Argentina who has served nearly six years as an independent U.N. expert.

Mendez is seeking access to U.S. federal maximum-security facilities and the right to interview prisoners in private.

The U.S. delegation, speaking in Tuesday's debate on torture, did not refer to the request.

U.S. Deputy Secretary of State Antony Blinken told a news briefing in Geneva last week: "Every country, including the United States, needs to be held to account for its shortcomings in the broad area of civil rights and liberties."

"We do not deny or shy away from our problems, on the contrary we address them," he said.

U.S. Ambassador Keith Harper, asked about the long-delayed visit by Mendez, told the briefing: "We are continuing to have a dialogue with the special rapporteur. It is the hope that we will have an agreement on terms."

"It is very likely that Mr. Mendez won't be able to carry out his visit before the end of his term, which is exactly what the U.S. likely intended in delaying and dragging out the process," Dakwar told Reuters.