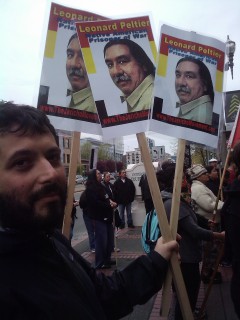 Adam Carpinelli is a multi-instrumentalist, activist scholar. He is the National Secretary, NW regional organizer and Oregon Jericho chapter coordinator for the The Jericho Movement fighting for the amnesty of u.s.-held Political Prisoner’s and Prisoners of War.