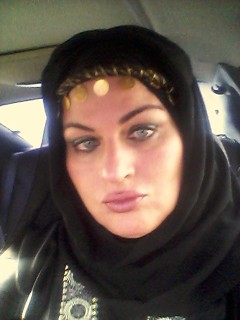 oakland.jericho@gmail.com
510-652-7170
Aisha is an activist for social justice, a spoken word poet and writes poetry, short stories and essays.  She has performed at venues in New York and San Francisco for various causes as well as is working on a book of poems & essays in her free time.  She is a freelance counselor and writer for OnIslam, as well as an Ambassador for Alwatan, Hebron, Palestine, and Founder/CEO of Middle Eastern Multicultural Arts & Advocacy which advocates for oppressed artists, journalists and others to have a voice.
Aisha worked at an inner city community health care center in New York which was a central Multi Service Agency (MSA) by and for Afrikan Americans.  The philosophy of the community center was "Our community, Our Family".   It was a  cornerstone of care and compassion for generations of families. Aisha worked as a counselor/therapist, and as a psychologist after earning her PhD in 2000.   Her orientation, as the agency's, was from a social and humanistic perspective.  Advocacy/activism for clients was always a part of the work as clients who were HIV positive and those who suffered from mental health and drug addictions sought to make their way through legal and other systems often faced racism, stigmatization and often violence.  Aisha did prison outreach to assist people in need and to advocate on their behalf for release.
After moving to California, Aisha earned a MS in public health/community development in 2009 in the hopes of combining both degree's to enhance community work.  She began her own practice "Emerald Swan", which advocates for building healthy communities, human rights & dignity and holistic health and healing.  Emerald Swan utilizes life coaching, story telling, photo novella, artistic therapies, reiki, support groups, as well as healing circles and mediation.
She also volunteers at the "Middle East Children's Alliance" (MECA) for the Palestinian cause as well as "The Center for Empowering Women through Arts and Languages" as a part time TESL teacher and domestic violence support group facilitator.
Aisha started the Bay Area Solidarity Committee for Jalil Muntaqim in 2012, after years of friendship with brother and Political Prisoner/POW Jalil Muntaqim.  In 2015, she was approved to start Oakland Jericho and is serving the people as co-chair.  Aisha is also involved with the start up of the recent "Muslim Human Rights Commission".
Aisha has lived by the philosophy taught to her by her parents "stand up to injustice, help others and remain humble, we are all in this together"
Leadership