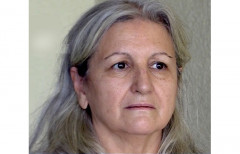 On November 22, 2020, Belgium extradited to Spain a former member of the Basque separatist group ETA, who is wanted by Madrid for the 1981 murder of a Spanish lieutenant colonel, the authorities said.

Spanish police escorted María Natividad Jáuregui Espina, who was living in the Belgium city of Ghent, on her flight to Spain, Spain’s national police force said in a statement.

Belgium’s Court of Cassation, which serves as the final court of appeal, on Tuesday authorized her extradition, which had been refused three different times by lower courts.

The police statement said Jáuregui Espina, who worked as a cook in Belgium, is wanted in Spain for her alleged participation in a series of ETA attacks in the 1980s, including the 1981 murder of Lieutenant Colonel Ramón Romeo Rotaeche in Bilbao, the financial capital of Spain’s northern Basque Country.

She is also wanted for “membership in a criminal organisation.”

Weakened by the arrest of its leaders, ETA announced a permanent ceasefire in 2011 and began formally surrendering its arms in 2017. In May 2018 it was formally dissolved.