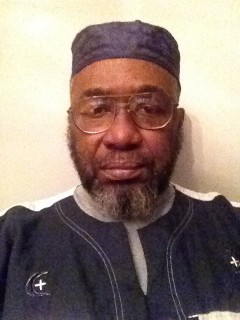 A Muslim. Currently with the Prison and Gang Program of Al-Ummah, and the Imam Jamil (Al-Amin) Action Network. Citizen of Republic of New Afrika  with long term involvement in the New Afrikan Independence Movement.  Former Black Liberation Army POW. Currently Co-Minister of Information for the Provisional Government- Republic of New Afrika. A founding and current member of Critical Resistance, a formation committed to developing a movement to abolish the Prison Industrial Complex.

I have a particular interest around control units by all their names-CMU-Admin Security Units @. I also work with the Jericho Medical Project for both state and federal prisoners.