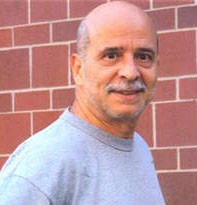 The imprisonment of Ricardo Palmera is a direct result of U.S. intervention in Colombia's civil war. The FARC formed in 1964 after Colombia's elites and their U.S. allies violently attacked an independent peasants' movement. Ricardo Palmera joined the FARC in 1989 after seeing most of his friends and comrades of the Patriotic Union political party murdered or exiled. The Colombian Military and their death squads murdered more than 4000 candidates, members, and elected officials of the Patriotic Union. Today, the FARC is a rebel army of 28,000 fighting for national liberation. It consists mainly of peasants and one-third of its fighters are women. However, FARC members come from all walks of life, including leaders like Professor Palmera. The FARC fight for social justice, seeking democratic social and economic change, organizing the poor to overthrow the rich and become the rulers of society. The FARC opposes the U.S. Empire -- where U.S. corporations steal the oil, coal, minerals, gems, and agricultural products that belong to the Colombian people. The FARC appeals to the American people to demand peace, not war, from Bush and other leaders.

Trinidad is held in solitary confinement violating his human rights. Trinidad is held as a political prisoner by the U.S. government under Special Administrative Measures (SAMS), meaning his rights are more restricted than other prisoners. The FARC is saving a chair for Trinidad as one of the top five negotiators at the peace table.

As the negotiations between the Revolutionary Armed Forces of Colombia—People’s Army (FARC-EP) and the Colombian government continue in Cuba, Simon Trinidad is needed in the process. Trinidad participated in past negotiations, represents the people’s movement history, and is essential to the outcome. The FARC-EP is demanding Trinidad (Ricardo Palmera) be present at the peace talks table. For a lasting peace with justice in Colombia, the U.S. government must release Simon Trinidad.

We demand an end to Plan Colombia

We oppose the U.S. interference and military intervention in Colombia, called Plan Colombia. We demand the U.S. government stop funding, arming, training, and directing the Colombian military. Bring the U.S. military advisors and troops in Colombia home now, and end the extraditions of Colombians to the U.S.

The National Committee to Free Ricardo Palmera atwww.Freericardopalmera.org or

International Prisoner
Join the call for the U.N. International Jurists to initiate a formal investigation on United States violations of human rights of political prisoners
Join the Campaign